That's a stunning debut album, - that something to proud of for the rest of Your life when You're a Musician or so-called.
I still remember with extreme delight Sleepy Sun's live show downhere in Rome some months ago, - truly a chatartic experience, psychedelic and drifting, slow and wild at the same time: - all of us, the audience, we felt like spirits finally set free, such we were taken by the San Francisco-based sextet's amazing bittersweet tunes.
And now, that i'm listening one more time to Sleepy Son from their full lenght release Embrace, i still have clear the image of this blue eyed girl (Rachael Williams, i read it's her name) joining her hands to the mouth at a certain point of the song and seraphically low screaming 'feel the air.. through your arms' [- did i get it correctly?, k's note], and just a moment before the male vocals come back, along with the fuzzy guitar, bass and drums, i felt like ecstatically enraptured and picked up just a moment before falling down.
New Age (also released as vinyl 10") has got an kicking-ass percussive intro: drums, bass, breath. It's like if Their label mates Apse co-wrote the first 45 seconds of this song, to later keep off the mask and reveal They are a new generation of hippies, giving to the psychedelic Music a renewed life blood, with an unexpected, at the same time needed, final rush.
They are perfect in writing a new kind of hypnosis, exploring the abandoned lysergic abstraction of Music reached and lost in 60s, that sort of being one step into narcolepsy and feeling so glad of that, with an half eye open on what's left of reality: here You are Lord.
On the other side, Red/Black is heavily celestial, - with Bret Constantino obsessively chanting "Paint my face with chocolate", until it's like if John Paul Jones (or Nick Olivieri from Kyuss age) began a frantic bass solo riding the tsunami drumming. And on White Dove there's an orgasmic drums solo too, - like feeling being swallowed into a dimensional door suddenly open, and later finding out to be devasted with delight by a higher creature You'll be happy to feed with your body, - and You know how does it end all this chaos? It's You that put a bib around the above mentioned monster's neck singing pom pom and dancing around the table, - and when You're dead, Your soul will turn into a white dove.
Last song Duet with the Northern Sky is a very funny silly song, boy/girl duet, such so lovely, acoustic and simple, - Velvet Underground would have been pleased to write something like that.
Never excessive, never old, naturally splendid, - probably my favorite album this year.

ps. the drum solo part in this video is missing, i don't know why. 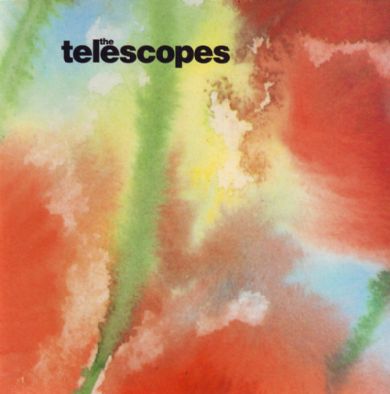