I took a flight to Berlin to see Regina Spektor performing live.

No, ok, that was just an excuse to visit this amazing town, actually.
Anyway, the venue was the Fritz Club, - a few steps away from the East Side Gallery, that is, "a 1.3km long section of the Berlin Wall located near the centre of Berlin on Mühlenstraße in Friedrichshain-Kreuzberg." [wiki].
The venue is a reconverted post office station, a huge place for someone coming from Rome like me, - it also includes a garden, a large bar area, - it offers room for 1200 visitors. Cool place.
Luckly (for me) we were not 1200 visitors, although the music hall was crowded, - a lot of people, from children (!) with their mother, to some aged people too, - besides, of course, a bunch of other younger fans.
So, I was nearly under the stage, - doors opened at 21, but i soon had the feeling that the waiting was going to take more than as i hoped.
There was a banquet with some merchandise: Regina Spektor tshirts, bags, - and two versions of Her latest release, Far, where the deluxe one is enchanced with a couple of extra songs and videos.

It was supposed to be Reggie Watts to support Regina Spektor that night, - Reggie + Regina, but the play on words didn't work, because it turned to be an oriental guy to walk on stage, handing a guitar.
He said hello, and started to play the first song of a 30 minutes set.
After the second track, he introduced him-self as Reggie Watts; some people started laughing, - so he said seriously 'what are you laughing at? That's the name my parents gave me.. okay, no, i'm joking..', as i understood, mr. Watts had a sore throat, so he cancelled his show, and in about a couple of hours this guy, called K Ishibashi was invited by Regina Spektor to improvise a set, featuring songs from his band, Jupiter One, here revisited in an acoustic version, - just his vocals, guitar, also playing a violin, accompanied by another guy playing cello (sorry i can't remember his name): not exactly my cup of tea, - his tunes were too american mainstream for my tastes, - and sincerely, he acted too much funny with the audience, you know, to gain people's sympathy ('you people are fantastic! believe me').

Anyway, later the waiting for ms. Spektor was endless, - i was really getting irritated, - and notwistanding the air conditioning, it was fucking hot, - but i didn't want to sit on the ground like others did, neithern losing my nearly first line position, - so i held tight, - and then i saw something that i didn't want to see at all: a man from the service staff went to the piano, took the microphone that Spektor was supposed to use later, and cleaned it with a fresh&clean!
I mean, i already hate when roadies tune artist's guitar, or serve towels on amplifiers, - but the fresh&clean thing.. oh my gosh.. please, don't do that when people are watching.. thanks.

Then here She comes. Regina looked fantastic, radiant with a big big smile for everyone, - during all Her show She's been talkative and nice with people, - like when a girl swallowed in the audience yelled 'Regina, i canno't see you from here!!!', then Regina answered 'no problem, i don't see you either!'. While drinking beer, She says 'it's a multivitamins drink', and later as She performs Bobbing for Apples she put that words among the original lyrics.
Her live band was composed by a drummer and the two above mentioned oriental guys, at violin and cello, while She played piano and guitar.
Her set included most of songs from Far, - like Laughing with (emotionally moving indeed), Eet, Blue Lips, Machine, One more time with feeling, The Calculation, Dance Anthem Of The 80's and Man Of A Thousand Faces, - but She also played Fidelty, On the Radio, - an acoustic version (guitar solo) of That Time and Bobbing for Apples, - then - Poor Little Rich Boy, Carbon Monoxide, Samson (i guess there everybody wanted to run away and cry like babies), - after a brief pause at the end of the show She came back on stage, - performing four more pieces (if i'm not wrong), closing with a country song She said She wrote long time ago.

People were happy, it's been a great show, - but they wanted more, - and tried to make Her come back for one more encore, screaming and clapping, - but with no luck, - and it was somewhat clear (at least to me) that after a song like that country happy-ending, it would have been sort of inappropriate to start again.
Regina Spektor is a talented great Artist, - no doubt about that. But please, no more fresh&clean.

Ps. the above Derrick drawings are in Andreasstraße, under the railways bridge.
Ps2. As You can see, i filmed a couple of songs, - but i saw that on Youtube there are more qualitives live footages, so, check them out. 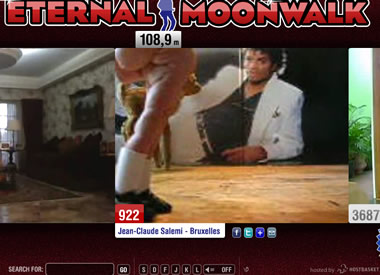