In last two years i totally consumed To Kill A Petty Bourgeoisie's opus The Patron, - such i find it full of trascendental pain and chatartic sounds.. so, i was pretty happy to see them performing live again after one year in Rome.
It was about 10.30pm, and the venue was still nearly a desert. I had only twenty euros in my hands, then, 5 went for the entry, 3 for a SMALL beer, 10 for Their debut release Retire Early. If i had more money, i'm sure i would have spent more for the posters and the other releases.. more, there was a juicy tasty box full of other hard to find jewel-records that would have made the day of a whatever fan of Kranky rec.. wish wish wish all of this.. sh*t..
Btw, about late 11pm it's Boduf Songs to go on stage, he's touring Europe together with TKAPB.
In two, Mat Sweet, and a drummer. They played just three - 3 - songs.
I don't know why. Don't know what was wrong with them. Maybe mr. Sweet wasn't in the right mood for playing? I mean, - i was in the right mood for paying, so? i liked the songs they played: whispered vocals, electric guitar gently scraped on the first two tracks, and a distorted explosion on the third;  and i must confess i never had the chance before to listen carefully to any of Boduf Songs' piece of record before, and ok, we were about 30 people in the hall, - not enough, ok, - but, shit, we were there for You too, were we not? And people were also very quiet and silent, - so, what the fuck? After the second track he asked to the audience something like 'ok, we're done.. or do you want us to play one more song? maybe two? no, not three', - most of us thought 'what a funny guy, he's kidding', we smiled. He wasn't. - Later a friend of mine told me that Boduf Songs never plays more than 15 minutes. I don't get it yet.
Luckly To Kill A Petty Bourgeoisie played a little bit more, 5 songs, if i'm not wrong - anyway every song of them is like 5/6 minutes. I think it was all new material, except done for the unique encore, I Box Twenty. They were selling a CDr advance version of their forthcoming release, i wish i could buy it.. i'll must wait for that.
The line-up was a little changed for what i remember: no bassist and no violin player at this turn, - and a minimal drum kit for a new guy, also at the backing vcls and keybs, - besides the core members  Jehna Wilhelm (vcls, synth) and Mark McGee (endlessly curved on electronics and manipulating sounds), and their whiskered guitarist. I love Their style, they were able to capture noises and control the chaos free form, were Jehna's sweet vocals are the key for melody.. i love how they heal my nerves.. hopefully to see them live again, and for a longer time.. and with in a better venue, - i mean, the speakers are somewhat lo-fi there..
ps. sorry about the pictures and videos quality.. the light was nearly not existing..

To Kill a Petty Bourgeoisie 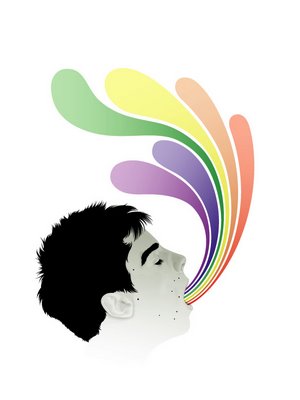 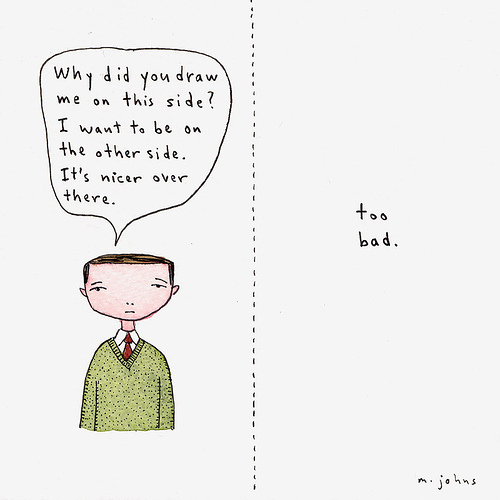 Marc Johns - why did you draw me on this side? Varie
Previously, on komakino fanzine, about 'To Kill A Petty Bourgeoisie':