It's kind of a surprise to find something worth attention produced by a major. This is the nearly the case, - We Are Scientists, nyc beat combo trio, popping post punk through emo guitar solutions and angular new-wave drumming when at Their best, and the same song over and over again for the other songs left of the album. The debut single Nobody Move, Nobody Get Hurt is a total hit that won my prejudice caused by retro looking dress shirts They wear in video, and i feel kind of satisfied in terms of danceability and riffs (i'm talking also about Cash Cow as well as The Great Escape, Inaction), notwithstanding there are some naives choices (Callback is college punk rock for the masses, and Text Book's slowdown is total boredom) that make hard to refer to this work as a gem. Please, do better, i want to Love You for the whole album, not for three titles only.

¬mp3s [via on cyprus ave. blog]:
.Nobody Move, Nobody Get Hurt
.Inaction
read less
read more 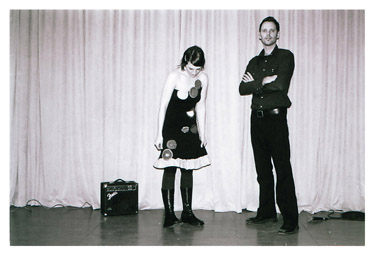