Well, i fell in loved with this girl when i saw Her singing Henry Mancini's Nothing to Lose in Black Edwards' film The Party, costarring Peter Sellers, - actually, one of my ever favorite movies. - Her character was so minute, diaphanous and sincere, - her soft infantile vocals so delicate and delicious, - i stood enraptured just like the other people attending Her celestial performance in the movie. I also wished i was Peter Sellers, of course. Wouldn't You?
Btw, after years i finally connected Her face with Claudine Longet, and recently i found this very best of., - while previously it was pertty hard to get Her discography, albeit buying expensive import stuff. - Anyway, unfortunately it doesn't feature that Mancini's opus (that can be found on Henry Mancini Songbook, The Jazz Club series / Phantom rec, - a studio version, anyway), but  there's no doubt it'll fully delight Your day, since her first Hello Hello, - especially if You're in love with Isobel Campbell (her Amorino looks like stealing as a fool from this songs collection), what Vanessa Paradis musically could be, Remington Super 60, The Carpenters (whose She makes a rendition of We've Only Just Begun), every Serge Gainsbourg's fiançée..
A track like Close to You will melt Your heart as a Muse of 60s/70s french Music should do. The Beatles's Here, There and Everywhere is purely fragile, - revisited sexy, sensual, - as well with All Alone Am I, - She sounds exactly as pictured on the cover: naked, disarming, ageless, whispering the lyrics in your ears, in english, with an irresistible french accent. Sexy, again. Sing me to sleep.
There's also a cover of Beach Boys' God Only Knows, with an hypnotic bass line.
You're going to dream You meet Her in a cocktail bar, if You're lucky She will get You closer and ask Your name and to take a Walk In The Park, smiling.
I read in internet that lot of people think this collection is not really representative, - i can't say if it's so, - as regards me, it's exactly what i need now. 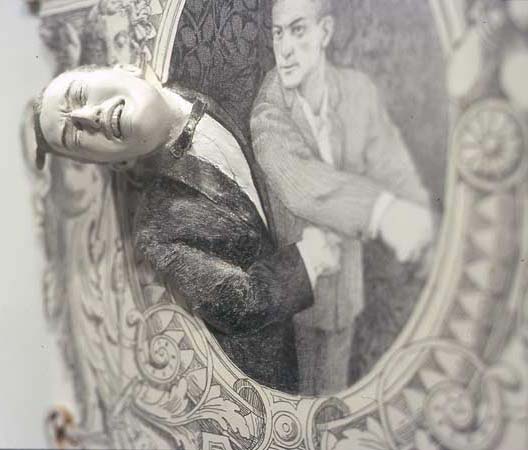 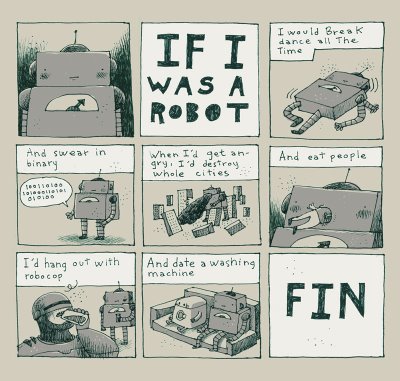 If i was a Robot - by Alex Noriega Varie
Previously, on komakino fanzine, about 'Claudine Longet':