As promised, let's back to the Mo 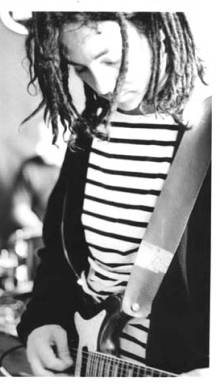 7 air>>>moon>>>stereo ep - If You love the cd (You can purchase it directly through Their site..), You cannot miss this 7  (one edit + 3 unreleased), especially because of Slowmono, - it's a pity this beautiful song wasn't on june and novas. It's a good trk, suddenly brighter in a gtr-driven style, after a brief soft crescendo-run, fertile exploding in magic distortion and melancholic moods with Their voices thawing. Starlet is a sweet ballad, always with a sort of  My Bloody Valentine-memory, - and brand new coat keeps feeding an inexpressible as well as special nostalgic background state. One of many demo tapes behind Their back has been released by the italian tape-label best kept secret (c/o Alessandro 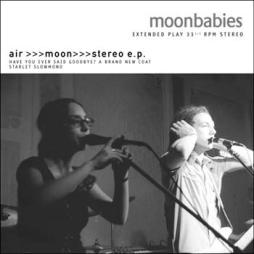 Crestati - v. Biron di Sotto, 1o1  361oo Vicenza  Italy  acrestani@telemar.it), that is Climbing Up These Miles, including as much as 24 songs + an outro, with several previous version of trk appeared on june and novas (it's interesting hearing as these songs were rough diamonds at the beginning), i.e. the same june & novas (without intro), or have u ever said goodbye, city walk, as well as the ultra-sad in our house, lost between piano, drums and bass guitar, - and so many other songs in acoustic homemade style. The title trk takes a trip on very sweet notes, as well as In The Banshees, This Woman Needs A Doctor, - in these tunes there's an original way of being , begot by a guitar able to explain into music Ola's soul. You listen to It, and so You say, yes, here Moonbabiesare. This is shining. Hoping They came soon in italy, good listen. Info: malmobabies@hotmail.com - www.mp3.com/moonbaby (a lot of mp3's), https://www.moonbabiesmusic.com/ - moonbabies c/o Ola Frick - Kamrergatan 7a - 211 56 Malmö  Sweden. Duckweed rec à www.duckweedrecords.com

interview taken from komakino#6 [another review on the #5], january 'o1

Actually there are other 5 articles tagged 'Moonbabies' here, check it out!