Noah Kalina: i read His name for the first time some years ago, interviewing Theta Wave State (pre-Asobi Sesku), because He was Their official photographer; now, randomly i found on youtube this crazy project He followed, that is, taking a picture of himself everyday for 6 years.. true or not, now there are several reply-videos parodies on the net, and ok, it's nothing amazing, if not for the costancy, - anyway, pay a visit to Noah's website and His photo-galleries, - pretty interesting snapshots in beautiful colours, - maybe You might also recognize some Artists.. 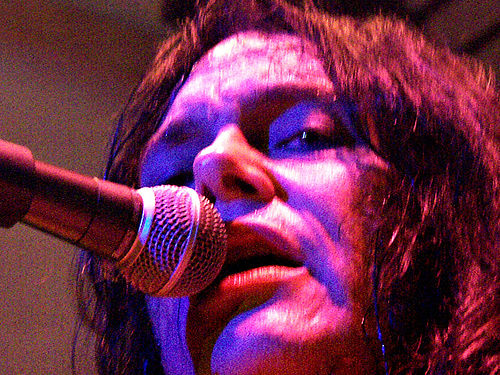 The Fuzztones - Talkings with Rudi Protrudi and Lana Loveland  Interview