I've been so lucky to enjoy Annelies Monseré live show with Jessica Bailiff, early this month in Rome, and i had a couple of brief chats with Annelies too, - brilliant girl with a shiny smile, gentle soul, able to perform through Her Music a nocturnal manifesto of innocence and fragile beauty.. i couldn't but spending some more words about Her to know more..

komakino: hi! Your Music is to me like a sort of magic spell in cold autumn night.. haven't You ever thought to do any summer-like hit song, talking of surfing, beach boys and girls having fun..
Annelies: Not really.

komakino: ok, i was just kidding before. - it was just to hint to the fact that Your Music is a cradle of gentleness and beautiful sadness, evocative and mesmerising, - all virtues dear to a more intimate atmosphere. - Where do You think You usually take inspiration from? Do You think You write sad or happy songs?
Annelies: I thought so :-) I guess most of my songlyrics are inspired by human relationships. If my songs "tell stories", the stories probably never happened, but I guess the lyrics are still autobiographic. They are sometimes describing, sometimes (most of the time probably) sad, sometimes happier. I do not think my music is totally depressing, though. Maybe some songs are really "sad" (say "you were on my side" - I see that song as the saddest song I've written), I think a lot of my songs are pretty hopefull.

komakino: [yes, that was enough brutal] - 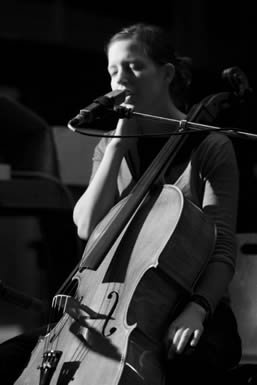 Cello, guitar, melodica, glockenspiel, piano, whispered vocals, - all to produce sound textures such so delicate and rarefied, - and when You played Your show in Rome, (most) people were completly hipnotized, and i had the feeling that the audience had a sort of owned respect to the frailty of the performance, - like if everyone could break that 'non-silence' so easily, but just because of its innocence and beauty, they were blocked.. is it only my personal distorted point of view or do You feel the spell You have on the live audience?
Annelies: Not at all... When people are quiet, I always think they are just being "polite" or they are too bored to even talk :-). I also don't believe in spells. Maybe sometimes the audience is really into it, but I can't really judge. Sometimes I think people really disliked the show and then some people come up to me, and give really nice comments, other times I think people liked it, and after the show no one shows any interest whatsoever. It is hard to tell...

komakino: You 've been on tour with Jessica Bailiff last month in Europe, - i just wondered how You practised the songs seen that there is a whole ocean between You two..
Annelies: We know eachothers music very well. We have toured before, but then, we didn't play on eachothers sets. For this tour, we send eachother via e-mail which songs we would play and what the other might contribute to the songs. We rehearsed the songs together the first day Jessica and Jesse arrived in Belgium. From the beginning, singing/harmonizing with her felt very natural and comfortable.

komakino: I remember You performed a cover of Cranes' Shining Road.. pretty interesting acoustic version.. did You send a recording to the Cranes?
Annelies: Yes, I did. I actually cover two Cranes songs: "shining road" and "september". I'd like to put my version of "september" on my next album. So, I sent Alison Shaw demo versions of both songs and "Helder". She said she liked it, and she is fine w/ me using the song - still need permission from other people, though...

Helder is Your first official record released by Blue Sanct rec., how did You get in touch with Them?
Annelies: My boyfriend, Wim Lecluyse is his name, has a label called "Morc" and he was in touch w/ BlueSanct, as BlueSanct distributed a compilation he released. When Michael Anderson of BlueSanct came over to Europe to tour they met. The next tour he did was a tour w/ rivulets and Jessica Bailiff. Wim let them listen to songs I've just recorded (behind my back) and it seems all three of them really liked them. Michael asked me to release a record on BlueSanct almost right away.

komakino: What's on the cover art of Helder? Abstract self-portrait?
Annelies: It is a (pretty realistic) drawing of a shell.

komakino: [hmm?? really?] Are tracks featured in Helder home recordings? If so, do You think You might reproduce the same 'feeling' inside a recording studio?
Annelies: Everything I ever recorded was recorded at home. I have no idea how it feels like to work in a recording studio. I would like to record in recording studio at some point, maybe. But it seems a bit unnatural to me to record an album over such a short period. While recording, I still make adjustments to the songs. Though not in a big way, recording is part of the writing process. So, it seems hard for me to figure out exactly what I want, before the recording. If I would record in a studio, I'm sure it would have a slightly different feel to it. If I would work in a studio, I would work with people who's approach to sound I admire. 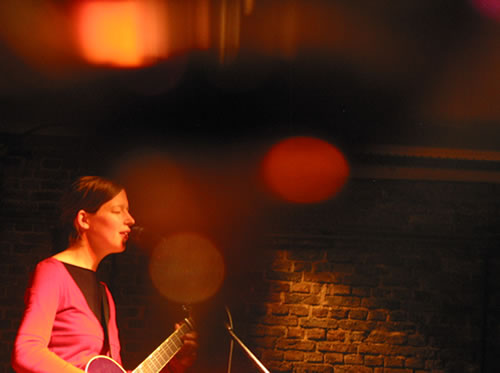 komakino: Helder is from 2005, - are You preparing new recordings? Usually the Music walks along with its Artist's own evolution.. can You see anything at the horizon? Any changement?
Annelies: I have been working on new recordings for a while now. Probably the biggest difference is that I have invited other people to play on these recordings. I am also using better microphones, which might also alter the sound a bit. There is also more guitar on the album. As far as the songs go, some songs have more of an actual songstructure, but most still have a very sketchy feel to it, I think. I think the lyrics are a little less abstract. I think of it as a warmer, but also darker album. But the maker is most of the time not the best judge... 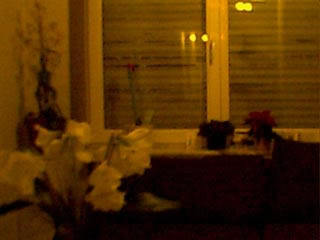 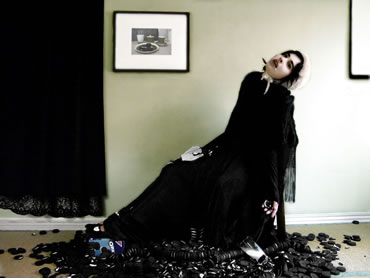 Actually there are other 2 articles tagged 'Annelies Monseré' here, check it out!