Downhere in Rome, most of bus shelters sucks (and that doesn't mean each bus stop has got a whatever bench): uncomfortable, dirt, designed by people who doesn't get the bus (i'm ready to bet). - But let's fly in Russia, because photographer Christopher Herwig took some impressive snapshots of soviet roadside bus shelters, a splendid memory book of abandoned urban architecture, whose first purpose was to provide 'comfort and shelter for waiting passenger', often with a hint to the local art.
read less
read more 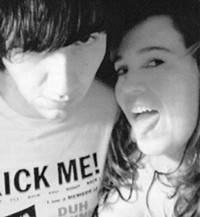