As a matter of fact, My Bloody Valentine's Loveless signed the perfectionism of a trascendental sound research, - and It still features, nowadays after years, the most elevated noise guitar-driven experience a listener might hope in, - a pure symphony of distortion meeting bliss-out melodies, sensuality and feeling.
No one else did it.
- Personally i don't think Loveless is shoegaze - because it goes beyond the clichés of genre, - altough every so-called shoegaze Band must admit his own belief and origins in It.
Could You think of something/someone more hypnagogic? I can't. - Lots of words, rumours and internet legends have been spent about the half-endless album making-of - now, music geek Mike McGonigal writes this pocket-sized book (Continuum 33 1/3 series) about the Valentines and Loveless, - referring at best all the stories and interviewing Kevin, Bilinda, Colm and Deb, - also telling His personal point of view (very funny his MBV Code theory, 63pg). - Actually, it's not exactly a formal unique interview or story, - it's more like putting together the pieces, from early Bands vagitus to Bilinda joining the line-up, Her love-story with Kevin until its 'disintegration [..] which was happening right then and there, in the studio', so the countless studio sessions, the album reelase, then the press' answers - and what happened after that. - It's interesting reading how, except done for Alan Moulder, the rest of sound engeneers credited over the Loveless' sleeve none of them actually put hands on the Music (Kevin refers that he credited people just even for having had tea together), and how hard it was to deal with them (about Glider, Kevin says 'People literally said i was insane for doing that track.. [..] The engineers and owners of that studio treated us like shit; they poked fun of us to our face!'). You're going to read Loveless is Kevin Shields ('I'm actually the only musician on the record except for the Colm song), and that Kevin and Colm set about 'making the follow-up [..] clearly influenced by the drum and bass music.. - So, You're going to read of hours spent watching tv instead of recording, the chincillas thing (20 of them is crazy, 14 is not?), of how Deb is't actually on the record, of Colm playing drums just on a couple of tracks because of a bad flue and homeless problems, - the possibility of a Kevin's solo record to finance a new MBV' chapter, - of how the 250 thousand pounds bankrupt Creation legend is totally wrong and of Band's relationship with Alan McGee. - Absolutely a good book, confirming that Loveless is more than Music, and that My Bloody Valentine - yes - They signed the difference.

- KOMACONTEST!! Komakino, courtesy of Continuum International Publishing Group, will give for free 10 books to our beloved komareaders, 5 for Europe, 5 to who are in the States or Canada,

- JUST ANSWER to the following simple question: MBV covered a famous Louise Armstrong song.. what's the title?, - i like to think the title carries hope to all of us waiting for a new release.. - Email Your answer to yrkomakinoATgmail.com, with subject Loveless 33 1/3 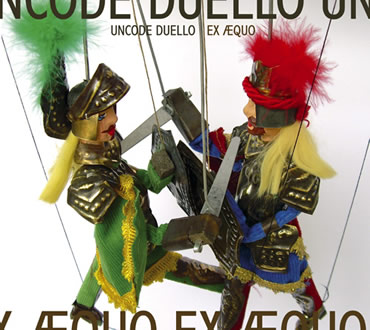